“Virtual currencies, perhaps most notably Bitcoin, have captured the imagination of some, struck fear among others, and confused the heck out of the rest of us.” – Thomas Carper, US-Senator.

Personally speaking, I was amongst the confused category of people on the concept of Cryptocurrency. But with a long and painful amount of research, I got the gist of this modern yet not-so-modern concept, which I am going to share in this article. Before all the hype takes a toll on you and with all the peer excitement-pressure gets you to join the clan, it will be safe to know certain things related to Cryptocurrency. So, let’s walk through the story of it.

Firstly and most importantly, what is a “Cryptocurrency”? A cryptocurrency is a digital or virtual currency. As with any other currency, cryptocurrency, too, needs protection from counterfeiting. Their medium of security is Cryptography. Many cryptocurrencies are decentralized systems based on ‘blockchain’ technology, a distributed ledger enforced by a contrasting network of computers. An explicit nature of cryptocurrency, and arguably its biggest allure, is its organic nature; it is not issued by any central authority, rendering it theoretically immune to government interference.

The first cryptocurrency to catch the public’s attention was Bitcoin, which was launched in 2009 by an individual known under Satoshi Nakamoto’s pseudonym. But the path to Bitcoin was littered with the corpse of unlimited failed attempts. Few people know that cryptocurrencies emerged as a side product of another invention. Satoshi Nakamoto never intended to invent any currency. Even though we know the creator’s name, a pseudonym, his identity remains a mystery.

Satoshi says that he started coding Bitcoin around May 2007. He registered the domain bitcoin.org in August 2008. He started contacting a few people by sending them private emails during this time, who he thought might be interested in his product. A little later, in October 2008, he publicly released the protocol, and then, soon after, he released the initial code for Bitcoin as well. He stayed around for two years, during which he posted a lot of messages on forums, emailed, and responded to a lot of people’s concerns. By December 2010, others had slowly taken over the project’s maintenance, and eventually, he stopped communicating with them.

In the words of Satoshi, “Cryptocurrency is a Peer-to-Peer(P2P) network of money sharing”. Now the questionaries, “How this works”? A cryptocurrency like Bitcoin consists of a network of peers. Every peer has the record of a complete history of the entire transactions and balance of every account. A transaction is a file that will say, “Charlie gives X bitcoin to Dev,” which will contain the signature of Charlie’s private key(cryptography) for security. After being signed, it will be broadcasted in the network, sent from one peer to every other peer. This is P2P technology. Simple.

Here again, only miners can confirm a transaction. This is their job in a cryptocurrency network. Principally, anybody can be a miner. For that, they have to follow a simple rule set by Satoshi. The rule is that the miners need to invest in their computers in qualifying for this task. They have to find a ‘Hash’- a product of a cryptographic function- that connects the new block with its predecessor. This is called the ‘Proof of Work.’

So, this is all that covers the basic concept of Cryptocurrency.

An Introduction to Triangular Arbitrage and How it Works

Now, coming back to our topic, we also need to know about another concept known as ‘Triangular Arbitrage.’ Arbitrage means the simultaneous buying and selling of securities, currencies, or commodities in different markets or different improvised forms to benefit different prices for the same asset. A person using arbitrage is known as Arbitrageur. Triangular Arbitrage is the act of exploiting an arbitrage opportunity resulting from a pricing discrepancy among the three different currencies in the foreign exchange market.

The precedent question is “How does Arbitrage works in Cryptocurrency?”. Since Arbitrage is done by a difference in trading volumes between two different markets, in a market where’s there is a limited supply of a particular coin; it will be more expensive by purchasing from the former and instantaneously selling on the latter, traders, theoretically, profit from the difference. The most famous example of crypto exchange pricing difference was a phenomenon known as “kimchi premium.”

The most basic way to approach cryptocurrency arbitrage is to do everything manually. You have to monitor the markets for the price difference, place your trades, and transfer funds accordingly. It is worth pointing out that hedge funds are increasingly moving into the cryptocurrency world. There are multiple strategies that the traders use to  make a profit, of which these are some:

Hence, Cryptocurrency Arbitrage is the process of profiting from the price difference in two different markets, i.e., buying from one region and selling in another. Thee ‘Triangular Arbitrage’strategy attempts to profit by triangulating the arbitraging of coins by purchasing 3 different coins based upon the pre-determined process of calculation.

How to do Triangular Arbitrage in Crypto Exchange like Binance?

Binance is one of the largest cryptocurrency exchanges in the world. Binance coin is the digital currency of the Binance stage. It is an exchanging stage only for the cryptographic form of money, which means you can exchange digital money against each other. Now, for a coin to get added to the Binance’s list is very difficult. The process begins through a Google Form that requires a signature for a Non-Disclosure Agreement. The form must be filled out by the CEO/Founder/Co-founder of cryptocurrency. The complete process is entirely anonymous and behind-closed doors on Binance’s side.

Once you have an account on Binance, you can deposit and withdraw your fund. You can always transfer Litecoin(LTC) into exchanges and then transfer it into Bitcoin(BTC). After going to the Exchange option, you can easily buy or sell your coins. For triangular arbitrage, you have to keep track of the prices in different regions, and as per the changes in price and demand, you can buy and sell your coins to gain profit.

Let’s talk about profits now. Profiting in standard cryptocurrency is easy. You buy Bitcoin in one exchange and sell in another when there is a difference between them. Here, two currencies are involved-Cryptocurrency and Fiat currency. But in Triangular Arbitrage, three currencies are involved- 2 fiat currencies and one 1one cryptocurrency. Believe it or not, you can make a tremendous amount of money through this strategy. But, it is not simple or easy. You will need bank accounts in two countries, cryptocurrency exchanges in two countries, and those counties should have good capital controls so you can convert and wire transfer your money. And finally, by applying the strategy, you can profit a reasonable amount. The strategy is:

Some of the risks include:

Things to Keep in Mind during Triangular Arbitrage in Crypto Exchange

There are certain vital things that you should consider before involving yourself in this cryptocurrency sphere.

The Future of Bitcoin Arbitrage or Cryptocurrency Arbitrage

What is the future of cryptocurrency arbitrage, now, if you ask. Any Government does not control cryptocurrency. How do you think the Government reacts to it? We hate the things that we don’t understand or can’t control. Many of the countries have banned their banks from investing in cryptocurrencies. India is one of those countries.

Certain other complications that cryptocurrency arbitrage is currently facing are that the transaction’s entire history will erase if your computer crashes. Any hacking expert can easily hack your hard-earned funds. But such kinds of problems will eventually be solved. A bit grave problem is that the more people get to know about it, the more rules and regulations it will attract, which will erode the fundamental premise of its existence. While the number of merchants is increasing, they are still in the minority. For cryptocurrencies to become more popular, they have first to gain widespread acceptance among the consumers.

A cryptocurrency that aspires to become a part of the financial mainstream has to satisfy widely divergent criteria. It has to be mathematically complex to avoid hacking but easy for the customers to understand, decentralized but with adequate consumer safeguard and protection, and preserve users anonymity being a felon. These are a small part of the conditions of criteria to satisfy. I can’t be sure that cryptocurrency arbitrage will be widely accepted in a few years. Still, there is a little doubt that as the leading cryptocurrency presently, Bitcoin’s success in dealing with challenges it faces may determine other cryptocurrencies’ fortunes in the years ahead.

If we talk about success stories, there are tons of them.

I had a buddy excited about bitcoin about a year ago when the price dropped to around $600. He bagged me for months, and finally, in March, he got me to sign up for Coinbase. I bought my first crypto…it was ether at $45. I wanted 10 ether by the time it hit $75, but I didn’t quite make it. I’m a little short of that goal. But, I’m up at 200% in gains in ether alone.

When Coinbase started with Litecoin, I decided to make it my focus. I wanted 21 Litecoin by year’s end. I’m a little above that goal. That investment is now at 490% in gains of value with Litecoin.

One evening back around July, I had another buddy who was on the fence with crypto. Instead of tipping him in cash (he is a server at a nearby restaurant), he agreed I could tip him in Litecoin. That has done him well.

I became a godfather back in October. I gifted 2 Litecoin to my goddaughter. Her baptismal gift Is now up almost 400%.

Whether any of this lasts remains to be seen. But I haven’t invested more than I can lose. If it all goes away tomorrow, I’ll regret the loss of potential, like I did when I traded my 10,000 EMC2 for Litecoin. Yeah…that one still stings. And I had 2000 xrp at one point too.

Lesson: if you believe in the coin…hold. That’s why I’m an investor now…not a trader”. 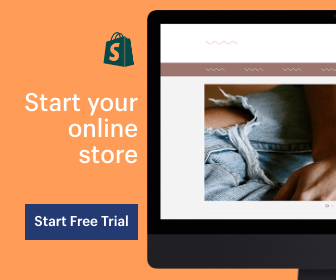 Limited Offers: On Growth Tools for Your Ecommerce Business 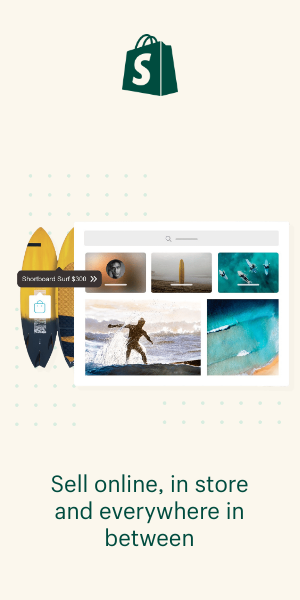